During the month of February, in honor of Valentine's Day, we celebrated some of the many swoon-worthy men and women of the Gilded Age.  These short profiles take a look at four men and four women who captured the attention of Staatsburgh staff.  Originally posted on Staatsburgh's facebook page, we compiled all the posts here to share in a single essay. 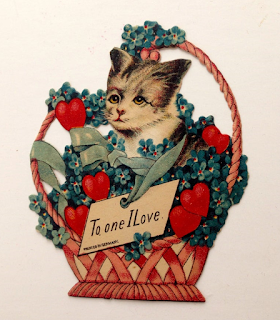 Who is your Gilded Age crush? Without further ado, here are our selections descending by age...
Mary H. Dickerson was an entrepreneur and community leader, truly a woman to look up to! It was quite an accomplishment to be a business woman in the Gilded Age and even more of a feat to do so as a black woman!  After moving to Newport, RI in 1865, Mary set up a successful dressmaking establishment that catered to the needs of Newport's ultra-fashionable summer residents.  She was the first black woman to open a dressmaking shop on swanky Bellevue Avenue. Newport grew as a popular summer destination in the 1870s, and her shop became a success!
Mary Dickerson also was the founder, co-founder, or president of many social advocacy organizations, including the Northeastern Federation of Colored Women's Club, the Women's Newport League, the Rhode Island Union of Colored Women's Clubs and the New England Federation of Women's Clubs.  She worked very hard with these clubs to uplift the lives of black women and help the less fortunate.
Long standing Vanderbilt matriarch Alice Gwynn Vanderbilt shone in many ways. Although she was not a Vanderbilt by birth, she married Cornelius Vanderbilt II, the oldest son and heir apparent of W.H. Vanderbilt. Alice had star power in her own right and was the matriarch of the Vanderbilt family for over half a century, including the final 35 years of her life following her husband’s untimely death in 1899. Her Newport home, The Breakers, was perhaps the grandest and most opulent Newport summer “cottage.”
Alice was a bright light…literally! At the infamous 1883 masquerade ball hosted by her sister-in-law, Alva Vanderbilt, Alice wore a dress that caused a sensation. Designed by the House of Worth, the electric light dress was a fantastical celebration of the era’s new technological innovations. It was made of silver and gold thread, lightning bolt patterns designed with beads, and a battery lit torch she carried over her head like the Statue of Liberty. Who doesn’t carry a torch for Lady Liberty!
Who doesn't love a man in uniform? Col. Charles Young struggled with racism and segregation on his path to becoming a decorated and celebrated military officer.  One of only two black West Point students at the time, Young graduated in 1889 and commanded segregated black regiments around the world.  He led "buffalo soldier" regiments in the American West and also served in the Philippines, Mexico, Liberia, and Haiti.
Young was also the first black superintendent of a National Park (then-run by the military) when he became the acting superintendent of Sequoia and General Grant National Parks.  He was the highest ranking African American in the U.S. Army during World War I and was on track for a promotion to general, but he was forced to retire because of "high blood pressure."  In reality, many white officers did not want to be outranked by a black man and forced the retirement.  Young was eventually reinstated to active duty after he proved his physical fitness by riding on horseback from Ohio to Washington D.C. at age 54!  He was serving on a mission in Nigeria when he passed away.  He was buried with full military honors at Arlington National Cemetery and is still honored today.
Everyone has a celebrity crush. The eldest daughter of a formerly enslaved Episcopal minister and choir singer, Matilda Sissieretta "Black Patti" Joyner Jones was destined for the stage. She started singing at a young age and received formal training at the Providence Academy of Music, the New England Conservatory of Music and the Boston Conservatory! On April 5th, 1888 she premiered on the New York stage and was soon dubbed "The Black Patti" - a reference to Italian opera singer Adelina Patti. The association annoyed Sissieretta, who preferred Madame Jones, saying "I have a voice and I am striving to win the favor of the public by honest merit and hard work."
Over the following years, Jones became the highest paid black performer in the country. She sang for presidents Harrison, Cleveland, and McKinley at the White House. As a black woman, she was required to enter through the back door, until her final performance at the White House for President Theodore Roosevelt, who allowed her to enter through the front. She broke barriers becoming the first African American to sing at Carnegie Hall in 1892, but was still prohibited from many premiere venues like the Metropolitan Opera because of her race.

The dashing Jacques Balsan, swept the Duchess of Marlborough (the former Consuelo Vanderbilt) off her feet, proving that titles mean nothing when it comes to true love. After an unhappy (and essentially arranged) marriage to the Duke ended in divorce, the Duchess finally had the freedom to make a love match. The French aviator romanced Consuelo and was the lucky man to capture her heart.
Balsan had first been charmed by Consuelo at a ball when she was just a young debutante. After this first meeting, he told his mother he had met the woman he was going to marry. Twenty-seven years later the two married and kept the vow “until death do us part.” What could be more appealing than a pilot with a French accent that had the charisma to woo a duchess!

Social occasions were always exciting when Harry Lehr was in attendance because who can resist the life of the party! Harry Lehr was an entertainer extraordinaire who owed much of his success to remaining in the good graces of very important and rich women.  Originally from Baltimore, Lehr burst onto the New York social scene by winning over all of the most important social arbiters including Mrs. Caroline Astor, Mrs. "Mamie" Fish, and Mrs. Alva Belmont (formerly Vanderbilt).  Clothiers wanted to dress him and restaurants wanted him to dine there to build their own social clout!
Throwing parties for the social elite of the Gilded Age was no small feat, but Harry Lehr, the Gilded Age’s celebrated “Court Jester,” was a party animal. His memorable entertainment efforts included impersonating the Czar of Russia and hosting a chimpanzee in white tie and tails as the guest of honor. While Lehr's flamboyance was a social hit, he received a less enthusiastic review from his wife, but that's another story for another day!

It is easy to see the appeal of a man who has it all.  James Hazen Hyde had it all…until he didn’t. It was said of Hyde that when he entered a room, he was always the tallest man in the room; the most handsome; and the wealthiest. He was 23 in 1889, when, after his father’s death, he inherited control of the billion-dollar Equitable Life Assurance Society. What a catch!

But all that glitters is not gold. The wily titans of industry on the Equitable’s Board of Directors – men such as J. P. Morgan and Henry Clay Frick – wrested control of the company from the inexperienced young Hyde with a smear campaign. Hyde resigned from the Equitable and fled to France. He didn’t come back for 36 years!

Born Elsie Hodder, Lily Elsie was a British stage actress who overcame her painful shyness to become known as “the most photographed woman in the world.”  In 1907, at the age of 21, Lily Elsie was asked to take on the title role in the operetta, The Merry Widow. In spite of her background as a child actress, Lily was painfully shy and unprepared to be a leading lady. But a real-life fairy godmother waved her magic wand over bashful Lily and transformed her into a princess of the stage.

Celebrated fashion designer Lucile (Lucy Christiana, Lady Duff-Gordon) took Lily under her wing and taught her how to walk, talk, and dress like a star. On The Merry Widow’s opening night, Lily Elsie was a sensation. “I owe it all to you,” she told Lucille. Lily went on to become one of Britain’s best-known stars and…“the most photographed woman in the world.”
Posted by Staatsburgh State Historic Site at 10:05 AM