This essay is the conclusion to a four part series about Hallowe'en during the time of World War I and the Spanish flu pandemic.  The series is written by Carol Kohan who is one of Staatsburgh's wonderful volunteers.  Carol has presented enchanting Gilded Age Hallowe’en Tea & Talk programs at Staatsburgh since 2016.  In addition, Carol enjoyed a 38-year career with the National Park Service, holding interpretation, curatorial, and management positions including Curator of Martin Van Buren National Historic Site in Kinderhook, Midwest Regional Curator in Omaha, Superintendent of Herbert Hoover National Historic Site in Iowa, and Deputy Superintendent of Roosevelt-Vanderbilt National Historic Site in Hyde Park.  After her retirement from the National Park Service in 2013, Carol served two terms as Historian for the Town of Hyde Park.

Part IV: Hallowe’en in Peace and Recovery -- 1919
After a 2- year onslaught, the Halloween tradition had resisted and survived the attacks of World War I and the influenza pandemic.

Eleven days after Halloween, on November 11, 1918, the Armistice with Germany was signed, ending the Great War in Europe. While that was cause for celebration, the country was still in the midst of the worst stretch of the flu epidemic, from October through December. A third wave followed in January, fortunately not as deadly as the previous one. In February, the Poughkeepsie Eagle-News reported that the flu was “prevalent but not serious.”

By the fall of 1919, the country had by and large recovered. Food prices were high and there was still a shortage of sugar in some places (due to several non-war related causes). However, overall, the mood was cheerful and optimistic. Social activities had resumed and Halloween would once again “hold sway.”


Postage had reverted back to 1 cent and the Halloween postcards were primarily made by American companies.

The Bogie Book was back! 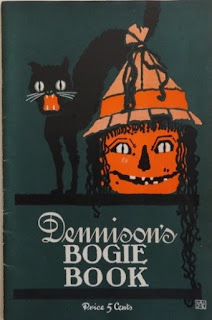 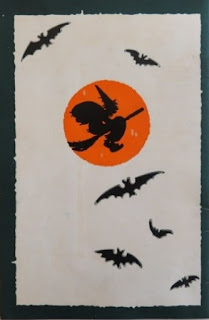 Ruth E. Kelley’s newly published Book of Halloween was in demand at book shops and libraries although its focus was on the festival’s history rather than tips for the hostess. 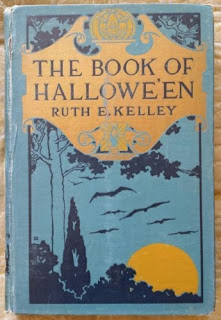 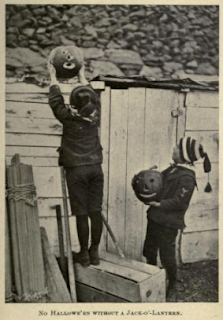 The October 1919 issue of The Ladies Home Journal devoted a full page to “The New Halloween Frolics” showing elaborate decorations in glorious color for hostesses to admire and emulate. 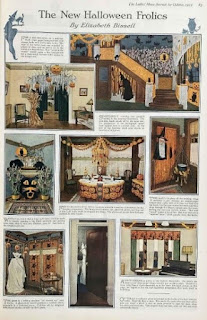 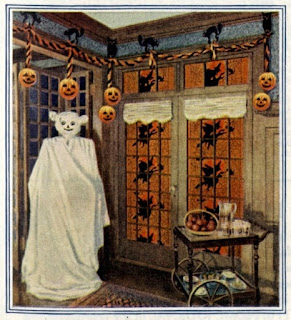 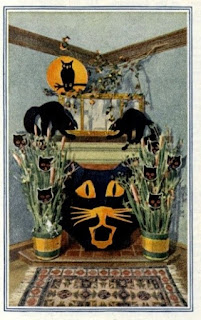 It was going to be a good year for Halloween! 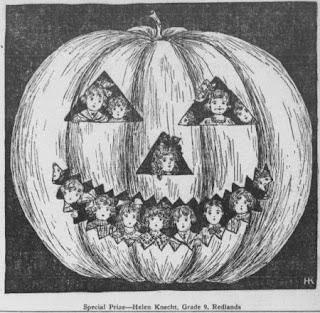 Halloween night would be a “Festival of Fun” with many dances and parties held to “revive pre-war joy and gayety.” (Brooklyn Daily Eagle 1 Nov 1919)

Greenwich Village was more than ready for a Halloween celebration:

On this night of witches and black cats and other weird things that particularly appeal to the aesthetic minds of young writers, sculptors and painters...Tammany Hall will be the scene of probably what will be the most picturesque festivity staged in the Village for several years. The war was responsible for a curtailment of social activities…Many of the younger students were in arms, others were employed as camouflagers while the girls were serving tea in the canteens and devoting their time to other wartime activities. But this is all behind us now and the Villagers will really have their first reunion since the war on Hallowe’en. (The Brooklyn Citizen 26 Oct 1919) 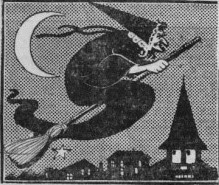 Many communities across the country revived Halloween spirit with costume parades. Latrobe, PA, under a strict “Hallowe’ening” ban the previous year, held a “cracker-jack of a Halloween parade” with hundreds participating and thousands of spectators. Even the Red Cross had time to assist in decorating the streets for the celebration. (Latrobe Bulletin 3 Nov 1919))

In Alton, Illinois, “every kind of costume the human mind could devise was seen in that crowd… Joy reigned supreme …the carnival spirit prevailed…the people forgot everything except the desire to be free and happy. The shouting, cheering and laughter showed just how much fun a relaxed people could have.” (Alton Evening Telegraph 1 Nov 1919) 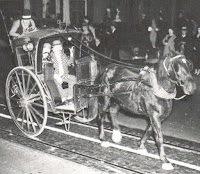 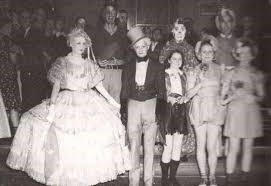 1919 Halloween Parade in Alton, IL, Courtesy thetelegraph.com
The US Food Administration had been successful in reducing overall food consumption by 15% during the war and the agency was being dismantled. Mr. Hoover continued relief work in post- war Europe, solidifying his reputation as the “Great Humanitarian” while “Hooverizing” became a memory. So, how about a “Halloween championship vegetable race” at this year’s party?
Or you could play the popular new Halloween game, “The Shivers”—similar to the one we play with with peeled grape eyeballs and cold spaghetti brains.)

And boys could be boys once again, playing pranks, innocent or otherwise.

In Elmira, NY, “ …the celebration of the…weird night is expected to come in all its fury…and the police have made arrangements accordingly.”

Young ladies could work their Halloween charm and divine their marital futures.

Kids could clown around in their costumes. 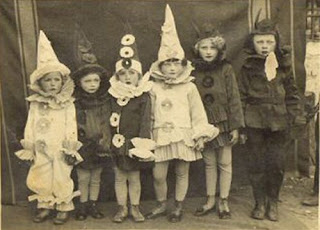 Ladies’ Halloween frocks were once more light and fluffy, trimmed with with lace and feathers… 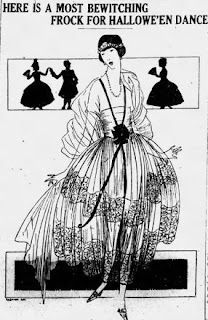 Or you might prefer to attend a Halloween costume ball—especially one with celebrities. 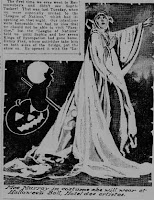 New York Tribune, 26 Oct 1919
Not even prohibition (already enacted in New York City, a full year before it became national law) could put a damper on the gaiety of Halloween parties where “soft cider—the traditional Halloween drink” would be served.

Yes, Halloween, with all of its time-honored customs, mystery, joy and merriment, was revitalized in 1919, and ready to roar into the 1920’s!
Posted by Staatsburgh State Historic Site at 2:06 PM