Music of the Gilded Age at Staatsburgh

Staatsburgh has been working with Dr. Christopher Brellochs, Chair of the Academy of Music at Dutchess Community College, on programs about Gilded Age music.  Dr. Brellochs has been researching Gilded Age music and performing at various Gilded Age sites throughout the Hudson Valley region.  He has explored the connections between the Mills family and music, and especially their relationship with the Metropolitan Opera.  Although his upcoming tea talk and music programs are postponed, please enjoy this preview of his research into the music that Ruth & Ogden would have enjoyed at the opera.


It is January 6, 1897, and you’ve been invited by Ruth Livingston Mills to her home in Staatsburg, New York, before traveling into New York City to hear an opera.  While most elite New Yorkers are in residence in the city during the winter months, which are also the fashionable ball and opera season, occasional forays upriver to country retreats are also made. You enter the estate gates and, up on a hill, you see the sparkling new Beaux-Arts style mansion, completely remodeled only last year. As you reach the crest of the hill, you see a long snow-covered lawn stretching down to one of the most beautiful views of the Hudson River imaginable.


Ruth greets you in the drawing room along with the other guests.  The children are in residence, but remain out of sight as they are not yet adults.  The 13-year-old twins, Beatrice and Gladys, and 12-year-old son Ogden, named after his father and grandfather, will not yet attend the opera though the twins are studying music.  After a brief tour of the mansion's exquisitely decorated interior, it is time for tea, accompanied by tasty cucumber sandwiches and sweet scones. Afterwards, you and the adults change into your finest attire for a night at the opera. 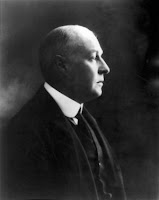 Upon reaching New York City you meet up with Ruth’s father-in-law, Darius Ogden Mills, for dinner. There, he shares his philosophy of business, as it relates to the opera.  Fourteen years earlier many of the families who didn’t inherit their wealth but were “self-made,” like his couldn’t get box seats at the Academy of Music to attend the opera.  The Academy's coveted boxes were handed down by old New York families (like the Livingstons) with ancient names, to succeeding generations. The solution? In 1883, the newly-rich like Darius built their own opera house called the Metropolitan Opera-house Company, Ltd. and within three years put the Academy of Music out of business.

One of the reasons for the Metropolitan Opera-house Company’s financial and artistic success was a unique division of labor.  Unlike many other opera houses, the bankers took care of all the business, building, and maintenance responsibilities, which allowed the artistic directors to devote all their time and energy to staging the highest quality operas. In exchange, stakeholders like D.O. Mills were guaranteed their own box anytime they, their friends, or family wished to attend.

Even when tragedy struck and the opera house caught fire five years ago in 1892, they eventually decided to rebuild as the Metropolitan Opera and Real Estate Company. Of the original seventy occupants of stockholder boxes at the opening of the Metropolitan Opera, only nineteen retained their interest in the newly formed company including D.O. Mills, W. K. Vanderbilt, Cornelius Vanderbilt, J. J. Astor and J. Pierpont Morgan.

After dinner you are all transported by carriage to the luxurious opera house and get comfortable in the family box, number 20.

In keeping with the au courant French aesthetic of several rooms in their new country home in Staatsburg, tonight’s opera is “Werther” by French composer Jules Massenet, which was first performed in Paris four years ago. During Act III, Mme. Eames as Charlotte sings “Va! Laisse les couler mes larmes*,” and you are captivated by the evocative sound of an instrument that is quickly becoming popular here in the United States - the saxophone. 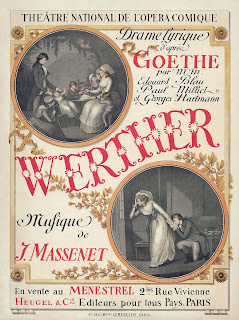 Although I don’t know if this exact sequence of events occurred, nor whether the Mills family attended this performance, I do know that all the facts are true, and it is easy to imagine the evening unfolding as I described. As I continue my research into the Mills family, their mansion in Staatsburg, New York, and their connection to the Metropolitan Opera I look forward to sharing my discoveries both historical and musical!

POSTLUDE: Darius Ogden Mills dies in 1910 and his stock in the Metropolitan Opera and Real Estate Company is inherited by his son.