During the Gilded Age, place settings for Christmas dinner would frequently include a Christmas cracker.  First created in Victorian England, crackers also became very popular in the United States in wealthy and middle class homes.

A Christmas cracker consists of a wrapped cardboard tube with items inside that may include a small trinket or toy, candy, a paper crown, and a motto or joke.  There is also a popper or cracker snap inside, which makes a popping noise when you pull it open.  Christmas crackers are a great addition to traditional Christmas festivities. 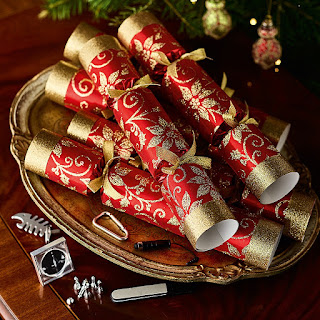 Crackers first appeared in the 1850's when a London confectioner named Tom Smith had an idea based on wrapped sugared almonds he witnessed in Paris.  He used colorful paper to wrap bon-bons and included a special motto, which was usually a love poem.  These were only moderately successful until he added the pop!  Inspired by the crackling of burning logs, he added a surprise bang to the cracker when it is pulled apart.  Soon the almond was replaced by a small toy or trinket and the love poem was replaced by a joke.  After Smith died, his sons took over the business and it became even more successful. 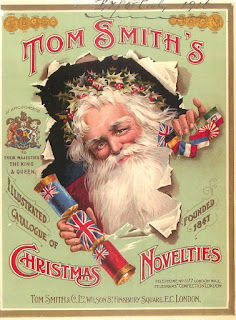 When the sons operated the business they began to look for new things to add to the cracker.  One of the things that they added was a paper crown.  There are several stories behind the paper crown inside the cracker.  Some say that it dates back to the Three Wise Men from the nativity story.  Others have said that the crown may have originated from Twelfth Night celebrations when the king or queen would look over the proceedings.  There is also the theory that the crowns date back to the ancient Romans who wore crowns to celebrate Saturnalia, a festival celebrated in December.  By the 20th Century, it became part of the tradition to wear the paper crown for at least part of dinner.

The Smiths began to travel the world to find unique trinkets to put inside their crackers.  They also started marketing crackers towards certain audiences from simple to very extravagant.  There were also crackers for special occasions like coronations or weddings.  The Royal Family also ordered custom crackers each year and they still partake in the tradition!

Cracker jokes are known to be exceedingly corny and meant to garner a groan when read aloud at the dinner table.  Here are a few gems:


What do you get if you cross Santa with a detective?
Santa Clues!

What do you get if you cross Santa with a duck?
A Christmas Quacker!

What happened to the turkey at Christmas?
It got gobbled! 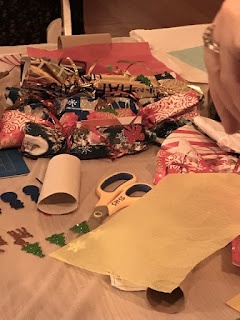 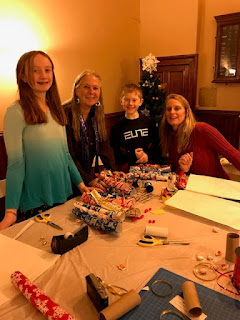 PSA: Don't take Christmas crackers on a plane!  They are banned by the TSA in both checked and carry on luggage.
Posted by Staatsburgh State Historic Site at 11:36 AM