Ruth Livingston Mills held countless functions at Staatsburgh during her lifetime, but one of the grandest affairs to happen at Staatsburgh was the wedding between the Millses' daughter Gladys and Henry Carnegie Phipps on December 7, 1907.  It was very important for young women to find a suitable match and Ruth Mills would have devoted considerable time to securing the best match possible for her daughters.  The engagement  between Gladys and Henry was rumored in October 1907 after they spent time together in Long Island and it was announced in the New York Times in November.  Family and friends tried to persuade the couple to have the wedding in New York, but both preferred the quiet pastoral setting at her family's Staatsburgh estate. 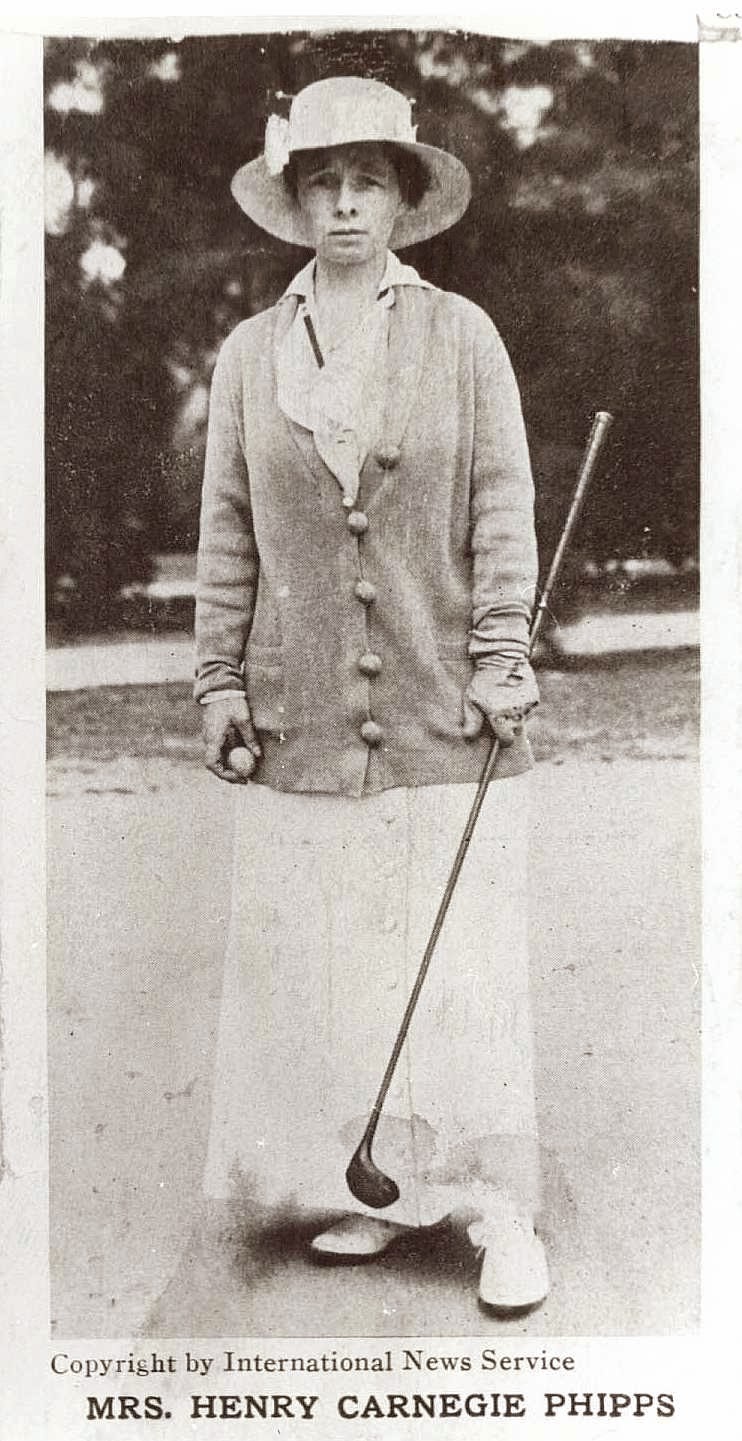 Elizabeth Gladys Mills was born a twin on June 19, 1883 in Newport, Rhode Island.  She always went by Gladys, which was pronounced "Glade - iss."  Her twin was born Jane Beatrice Mills and likewise was always called Beatrice.  Gladys was known as a sportswoman and in 1907, she headlined a New York Times article for winning a golf match in Newport.  She also had a great love of horses and always spent time in the stables of her homes.

Henry Carnegie Phipps was the son of Henry Phipps, Jr. who made millions in the steel industry. After growing up in Pittsburgh as a friend and neighbor to Andrew Carnegie, Henry Jr. became his business partner in the Carnegie Steel Company and the second largest shareholder in the company.  After he sold his shares in the company he became an active philanthropist (see here) and founded the Bessemer Trust.  He had five children who married into prominent families including a daughter who married Winston Churchill's first cousin.  His second son, Henry Carnegie, was named after his father's former business partner.  Henry Carnegie graduated from Yale in 1903 and was involved in many of his father's business projects.

We don't know when or how Gladys and Henry met, but the newspapers proclaimed that it was a love match.  Both came into the marriage with comfortable fortunes so they were on equal footing financially.  The two were both interested in the sporting life and attended many of the same hunting events at places like the Meadow Brook Club on Long Island.

The wedding took place at St. Margaret's Episcopal Church in the village of Staatsburg and the reception was here at the mansion.  The bride rode with her father in a beautiful coach and they entered the church as a choir of 16 men and boys sang "Oh Perfect Love."  As the coach traveled through the streets, villagers lined the approach in order to catch a glimpse of the bride.  She carried a bouquet of lilies of the valley and the church was decorated with lilies, white roses, palm, and bay trees.  Even though it was December, the weather more closely resembled late fall and guests walked from the ceremony to the reception.  The newly married couple received over 200 guests in the library and drawing room while all of the guests enjoyed a wedding breakfast in the dining room.  All of the details about the wedding, the clothing, the flowers, and the ceremony were published in the New York Times the very next day.


Gladys wore a white satin gown that was draped with lace worn by both her mother and grandmother on their weddings days.  Her twin sister, Beatrice, was her only attendant and Howard Phipps, brother of the groom, was best man.  Sadly, we do not have any photos from the event.  It was rumored that Gladys defied her mother's wishes and went horseback riding the day before the wedding only to suffer an unfortunate fall and break her nose which may account for the lack of photographs.

To say that the gifts given to the bride and groom were lavish would be a gross understatement.  Gladys received a necklace from her sister Beatrice, her maid of honor, valued at $60,000 (approximately $1.5 million today) and the groom's father gave the couple a million dollar home on East 85th Street in New York City.  The rest of the gifts were valued to be worth an additional million dollars.  Immediately after the wedding, the couple went to the Phipps home in Westbury, Long Island for ten days after which they departed on a two month yachting cruise to the West Indies.

Their wedding was a grand affair and there was great excitement among the Staatsburg villagers. Village residents were also included in the celebration and local school children were given a dinner in the coach house at 3pm.  Later in the evening a big dinner was given to the villagers in the same place.  They feasted on turkey and drank champagne in celebration.

Gladys and Henry had four children and remained married for over 46 years until he passed away in 1953 at the age of 73.  Though their main residence was in Old Westbury, Long Island, they had a house in Palm Beach, Florida and frequently spent time there.  She did not remarry and lived until 1970 when she died at the age of 87.  This match between two wealthy American families was certainly one of the most exciting events at Staatsburgh and marked the beginning of a long and successful marriage for Gladys and Hal.